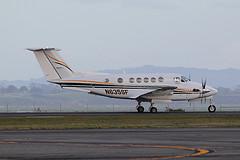 Aerolineas Argentinas signed a new agreement of debt refinancing expired for leased aircraft in previous dealings with the Wells Fargo Bank Northwest NA, which allows you to end the payment of rent for 9 aircraft deprogrammed and disables judicial claims for more than $74.6 million. As this restructuring company joins agreements concluded with twelve lessors, seven workshops for maintenance, four companies of reservations systems and three commercial airlines. The liabilities of the company – they pointed out – are now restructured almost in its entirety, which facilitates and makes more fluid relationship with suppliers and creditors. On the other hand, the intention of the Government sit on the directory of Siderar to the young activist in La Campora Axel Kicillof, Vice President of Aerolineas Argentinas flights, buoyed this week faded numbers on the airline. The Association came from the Minister of planning, Julio De Vido, pondered your curriculum having designed Business Plan the company, whose turnout in a few days Mariano Recalde and Juan Pablo Schiavi, President of airlines and Transportation Secretary, respectively, must be justified against the members of the Bicameral Committee on State reform and follow-up of privatizations. According to a note of Diego Cabot this week in the nation, the airline received subsidies, since the State took over in July 2008, by $6.122 million (slightly more than U$ S 1.500 million, with the dollar at 4 pesos).

This year Kicillof plan foresaw an absolutely manageable deficit of US $200 million, half of those required in 2010, commitment assumed Recalde in August of last year in Congress. However, just three months later, the forecasts for the current fiscal year amounted to US $550 million (US $ 126 million were already used in the first trimester). The excuse would be the increase in international petroleum, although this only represent airlines accounts about $90 million in the year according to La Nacion, confirming the advance of aviation News two weeks ago.

Comments Off on Airlines Refinance Posted in News